I hesitated in crafting the headline for this post, then realized it supported the key points I’m about to make.

Social media is transforming why, where, when and how we communicate. The landscape continues to change. Nothing is private, especially when we choose to post about it.

Veterinarian Dr. Kristen Lindsey is out of a job at the Washington Animal Clinic in Brenham, Texas after recently posting a graphic photo on her Facebook page. It shows her holding up a cat shot with an arrow, and says “My first bow kill. lol. The only good feral tomcat is one with an arrow through it’s (sic) head. Vet of the year award…gladly accepted.”

Earlier today, the Washington Animal Clinic’s website opened with this message (the site has now been taken down):

Dear Friends, Clients, and other interested folks. We just learned of the conduct that is discussed on Facebook. We are absolutely appalled, shocked, upset, and disgusted by the conduct. We have parted ways with Ms. Lindsey. We do not allow such conduct and we condemn it in the strongest possible manner. Please know that when informed of this we responded swiftly and appropriately and please do not impute this awful conduct to the Washington Animal Clinic or any of its personnel.

According to the Dallas Morning News, a Texas sheriff said Saturday that he could not arrest and charge a veterinarian shown in a Facebook post bragging about killing a cat with a bow and arrow unless an investigation determines the picture of the dead cat is genuine. Needless to say, this story is now trending on social media including Facebook and Twitter.

Are there lessons to be learned here? I can think of a few:

I would like to say that Dr. Lindsey made a mistake in judgment and that’s true, but this incident involves much more than a poor decision to post on Facebook. Her actions, captured with a photo and comment, tell us what we need to know about her.

I had checked in on mom-to-be a couple of times the previous week but had no idea I would witness the birth first-hand, in real time. Welcome, baby!

After about an hour of labor, Katie welcomed a new little one into the world. But this newborn wasn’t so little. Katie the giraffe gave birth to her calf on Friday, April 10 just before 6 p.m. CT at the Dallas Zoo. It’s a girl!

The event was streamed live online from the Zoo by Animal Planet. Eight different cameras continue to capture Katie, baby, and happenings live at indoor facilities for giraffes at the Dallas Zoo’s Giants of the Savanna habitat, including the maternity stall. Visit the live feed for updates and a daily dose of cuteness.

Besides the birth event itself, I’ve been thinking about all the preparation it must have taken to turn this event into reality, specifically communications planning.

Some considerations for organizations and communicators:

Nice to meet you, baby. If you’d like to vote on a name for Katie’s new calf, you have until Thursday, April 23.

Photo courtesy of the Dallas Zoo 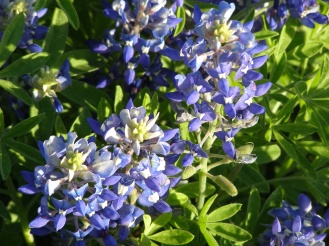 I love Texas. Although I wasn’t born here, I got here as fast as I could. My family landed in Wichita Falls, down the road a piece from where I live now (Dallas-Fort Worth).

Today I’m fixin’ to tell you some things about giving a speech. Here are some handy-as-sliced-bread and smart-as-a-hooty owl speaking tips.

Just because a chicken has wings don’t mean it can fly. Everyone can talk, but that doesn’t necessarily equate to an effective presentation. Outline your main points and practice your speech out loud (more than once) prior to the day you’ll speak.

This ain’t my first rodeo. Make sure your audience understands how you know so much about your topic. Are your observations based on personal experience? If not, cite credible sources to support your contentions.

She speaks ten words a second, with gusts to fifty. More words, uttered quickly, can impede the speaker-audience connection. Speak clearly and concisely to enhance understanding.

Don’t leave your audience as confused as a goat on AstroTurf. Make your speech fine as frog fur.

Writers write to communicate. Speakers speak for the same reason. So doesn’t it make sense that an article or blog post could be “converted” into a speech, word for word? 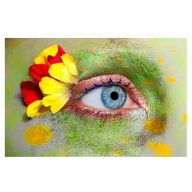 The short answer is no. Reading a manuscript doesn’t make it a speech (at least not a very good one). So why do so many speakers “read” their speeches? Laziness? Lack of preparation? Fear? The presenter just doesn’t know any better? As an audience member, I may not know why the speaker is reading, but chances are I’ll be tuning out shortly. An effective presentation engages listeners, and eye contact is one of the best ways to do that. Here are some top-of-mind tips to enhance eye contact.

Tune in later for more on how to improve your speaking skills and confidence.